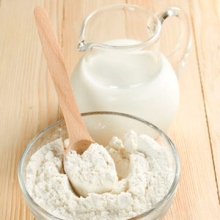 In Europe, despite the seasonal increase in the supply of milk, manufacturers prefer not to direct it for drying, if possible. Demand for products is weak. In addition, the problem of intervention stocks remains topical. And there are no prerequisites for their decrease.

Recently, the commissioner of agriculture said that the intervention SMP will not be sold until the price for it is high enough not to destabilize the market. But in fact, it also falls due to the availability of these stocks. Earlier in such cases, shipment of goods was carried out within the framework of assistance programs for the needy, which also influenced the market, but indirectly and less painfully.

Now the price for SMP in Europe has already fallen below the intervention level (1698 euros). As a result, the possibility of new interventions in the market is increasingly being discussed.

The situation is slightly different in the market of dried milk in Oceania. Here the price for SMP also collapsed, but the conjuncture has improved for sellers of whole milk. The main impact on the market is provided by Europe, the role is played also by stocks in the USA.

Similar trends were traced in the latest GDT auctions. In addition, the result on the CMM is additional proof of the strengthening of this market in the region. After all, at the last auction of this product was offered approximately 10% more, which should not contribute to price growth.

Milk powder will also become cheaper in the USA. In addition to the influence of external factors - a high supply in competitive markets, weakened demand, and pressure exerts increased seasonal production and the availability of certain stocks of goods. For the last two weeks of March, quotes for SMP did not change much. At the Chicago Stock Exchange on March 30, the commodity traded at a low level - 1790 USD / ton EXW.