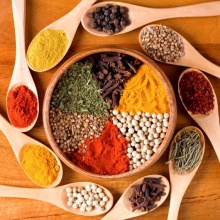 The market of almond is stable today. Demand and prices have decreased. Perhaps competitive prices and a strong euro inspire buyers from the EU to buy nuts. From August 2016 to February 2017, India became the largest importer of Californian almonds. Shipments to India increased by 59% and amounted to 54 431 tons.

In the cashew nuts market, there are problems with immediate supplies and the availability of spot material. The Vietnamese cashews harvest suffered from rains and pests. Prices are high. A good harvest in Côte d'Ivoire is able to cover the problems with the Vietnamese harvest, but the obstacle today is the problem of logistics.

The loss of quality, delays in deliveries, defaults on contracts that suppliers and buyers encountered last year, are in the past - the market has a short memory. Argentinean producers give quite competitive prices for the harvest of 2017 - $1,550 / ton for blanched whole nuts of the 2017 crop.

In the Brazil nut market, there is no change - limited supply, uncertainty, and high prices.

The American market of walnuts is sluggish. In Chile, opening prices are high with a large demand for nuts in the shell. At the stocks, there are many light halves and pieces.

Proposals for macadamia are limited with a strong demand for nuts in the shell from China, calibers 1 and 0 almost never occur.

According to traders, in the beans market in Myanmar is a real boom. Giant demand from China and India for chickpea led to a sharp rise in prices, although at this time of year the market is usually quiet and prices are low. Customers today prefer the white chickpeas of V2 and V7 calibers, the prices for which did not exceed 0.93 USD / kg, but by March 17 reached 1.00 US dollars/kg. Local traders believe that this is not the limit, and prices will continue to grow.

Shipments of prunes of a new crop started in Chile earlier this year, they usually start in April. The ruler of popular sizes is 60 / 70-50 / 60 in stock, and the prices are stable.

Prices for dried apples are growing due to a shortage of raw materials. A new crop of apples will not appear until the end of November.

A new crop of raisins in Chile arrived: The grade of Flame is in sufficient quantity and of good quality, with the Thompson variety the situation is a bit more complicated due to the huge demand for fresh grapes, the raw material from Goldens is treated with sulfur. However, demand is sluggish and completely covered by supply.

In the US raisin market, prices fell by 31% (~ to $0.55 / kg), which immediately triggered an increase in demand in the domestic and export markets, by 4% and 10%. Prices fell, and the US had a chance to compete with Turkey, Chile, Argentina and Australia.

In the physical market, the offer is stable: new lots of turmeric come on the market regularly. At the same time, stable demand supports prices at a high level. The volume of exports in this season is much higher than last season.

This week, pepper was offered at $8.90-8.96 / kg. The maximum upper value for the price of pepper should not exceed 9.67 US dollars/kg. The harvest this year has suffered from monsoons, and the expected great demand in the physical market will be covered from reserves in the world market.